Achieving robust security does not have to be hard work. However, with the multitude of ways organizations are targeted, coupled with the hundreds of security companies pitching different approaches, choosing and implementing the right security solution can be daunting.

What can you do?

If you evaluate your security strategy through the lens of the security vendor, they all make valid points and the need for every single solution makes sense. Unfortunately, most growing organizations neither have the money, expertise, or time to implement and integrate such a complex strategy. Therefore, what is the most straight forward yet robust security strategy? To answer this question, let’s first review the Cyber Threat Cycle.

The Cyber Threat Kill Chain or Cyber Threat Cycle was first articulated by Lockheed-Martin. Many security organizations have developed their own interpretation of this kill chain but, at its simplest form cyber threat actors commence in 5 major activities:

Threat actors will use a variety of methods for reconnaissance based on their mission goals to identify a target. Tactics can range from company and user profiling via LinkedIn or other social media platforms, through to conducting internet-wide vulnerability scans or snooping communication traffic via man-in-the-middle attacks. Yet, the most widely and easily accessible method has always been email. By sending a seemingly innocent email, threat actors can collect a lot of information, from the type of security gateway in place to whether the user actually exists and willing to engage.

Once a target has been identified, the threat actors will launch their initial attack. The attack can spawn multiple steps but the end goal is the same – gain access to an endpoint or internal server. From analysis of hundreds of thousands of breaches over recent years, email has been the easiest way to gain initial entry in the majority of instances.

Gaining access to a single system does not automatically result in a completed mission. Often the compromised system doesn’t have the right access to move within the organization. Threat actors will attempt to establish a foothold through a number of steps including:

Once a threat actor has infiltrated their target, they can act methodically to gain more information and evade detection. At this point, it is important to remember that the breaches that make headlines are often years in the making. The threat actor often laid dormant, closely researching their victim, and waiting for the perfect time to execute the mission goal. Compromising a user’s inbox is a common technique to gaining more information about the business processes and personnel within an organization. Yet, threat actors are cunning enough to augment mailbox rules so that their presence is never detected.

The last activity is execution of the mission goal. Is the goal to exfiltrate sensitive data? Is it to force the victim to execute a wire transfer due to ransomware or carefully crafted Business Email Compromise (BEC) attack? Is the goal to wreak havoc by corrupting or making the victim’s data inaccessible? At this point, it is a matter of mitigating or containing the execution before the breach makes headlines.

Alignment with industry-known security frameworks ultimately should be the right approach, but to reach that point takes a heavy investment of money, personnel, and time. Further, the deeper the organization finds itself within the cycle the more business interruption will occur. With that in mind, we can begin to formulate a tactical, simple layered protection strategy that initiates a move towards a security-mature goal.

Check out part II of this blog series 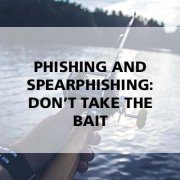 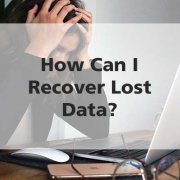 How Can I Recover Lost Data? Your Guide to Data Recovery 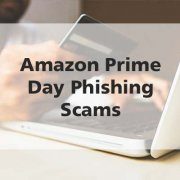 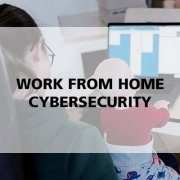 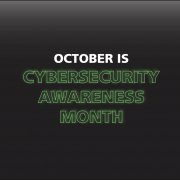 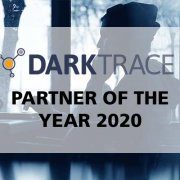 Darktrace Partner of the Year 2020

Can HIPAA Information Be Emailed?

Break the Cyber Threat Cycle Part II
Scroll to top
We use cookies on our website to give you the most relevant experience by remembering your preferences and repeat visits. By clicking “Accept”, you consent to the use of ALL the cookies.
Do not sell my personal information.
Cookie SettingsAccept
Manage consent

This website uses cookies to improve your experience while you navigate through the website. Out of these, the cookies that are categorized as necessary are stored on your browser as they are essential for the working of basic functionalities of the website. We also use third-party cookies that help us analyze and understand how you use this website. These cookies will be stored in your browser only with your consent. You also have the option to opt-out of these cookies. But opting out of some of these cookies may affect your browsing experience.
Necessary Always Enabled
Necessary cookies are absolutely essential for the website to function properly. These cookies ensure basic functionalities and security features of the website, anonymously.
Functional
Functional cookies help to perform certain functionalities like sharing the content of the website on social media platforms, collect feedbacks, and other third-party features.
Performance
Performance cookies are used to understand and analyze the key performance indexes of the website which helps in delivering a better user experience for the visitors.
Analytics
Analytical cookies are used to understand how visitors interact with the website. These cookies help provide information on metrics the number of visitors, bounce rate, traffic source, etc.
Advertisement
Advertisement cookies are used to provide visitors with relevant ads and marketing campaigns. These cookies track visitors across websites and collect information to provide customized ads.
Others
Other uncategorized cookies are those that are being analyzed and have not been classified into a category as yet.
SAVE & ACCEPT
GRAefQdd8zVOXGhoITMPV177Ch1t6ad-uzXpril0Iec=.html