In 1990, Chris Taylor was out to lunch. Literally. It was just another in a long line of “business lunches” with his boss where they talk a little shop and write off the bill. But this lunch wasn’t like the rest. This one would change everything. Enter the nosey, charming IT student who just happens to be waiting tables to pay his way through school. Somewhere between the drinks and lunch order, Mr. Personality discovers his two guests are tech-talking, and sensing a connection, he pours on the charm along with a good deal of personal attention, salesmanship and before dessert, Mark Wagner is no longer waiting tables but has found employment in the IT industry.

Two years later, Chris and Mark are sitting on the dock at Chris’s parents Lake Demontreville home where once again the conversation about starting their own shop floats to the surface. But this time, the idea takes flight. The fearless twenty-somethings abandon all and launch Computer Integration Technologies (CIT), a technology business based on PC Connectivity. Single and energetic, they begin the pursuit of their dreams with 12 hour days, second jobs and their first paycheck a mere two years down the road. In May of 1992, CIT leased its first office—a small 600 square-foot space with two desks and a tiny conference room.

Within the first few years, Chris and Mark were defining CIT’s niche in the Minneapolis/St. Paul technology marketplace by focusing on small and medium-sized companies in the less-saturated east side of the Twin Cities and western Wisconsin. Their typical customers were medium-sized manufacturers who needed technology services more than hardware sales. At the time, CIT was the only tech company willing to tell clients that buying more hardware wasn’t going to fix every problem. Instead, CIT focused on helping clients find ways to use existing technology to its fullest extent. This dedication to “total value” service quickly became CIT’s primary differentiator and was helping them land a lot of loyal customers.

Within its first five years, CIT had grown to 15 employees and $3.5 million in revenue. Clients were counting on CIT to optimize existing technology and hiring them to purchase and deploy new equipment and software.

With this increased level of service and partnership, clients started utilizing CIT’s technicians to supplement their overworked IT staff and in some cases, the clients outsourced their entire IT department to CIT. Between 1996 and 2000, CIT acquired two small companies whose expertise added software/web development along with application training to their repertoire of services and added a low-voltage cabling division as well.

About this time, businesses and technology providers were gearing up for Y2K—and the impending doom that was forecast. Even though Y2K ended up being a “non-event,” the fallout from the massive hype leading to it would turn out to be the main event. Given the fact that a huge industry had grown out of Y2K fear and the concurrent dot-com explosion, the tech industry had gotten too big for their pocket protectors. When the bubble burst, many dot-com and technology providers went out of business. However this is when CIT’s longevity, experience and commitment to providing solutions really paid off. Even though many customers’ budgets for technology were cut and businesses were doing less, their need for network maintenance and support was more critical than ever – and many of those companies were turning to CIT to extend the life of their existing technology. So while other providers went under, CIT remained relevant by staying true to their goal of providing solutions.

Today, CIT employs more than 100 people and serves over 400 customers located throughout the Minneapolis / St. Paul metro area and western Wisconsin. The company is still located in Woodbury where it all began, but now owns a 20,000 square-foot office space and warehouse. Their typical customer is no longer limited to manufacturing, but includes a variety of industries such as healthcare, professional services and local government. CIT’s comprehensive service offerings have grown to include hardware, software services, training, cabling, project management and managed services. “Our goal is to keep our good customers happy no matter what happens in the world of technology. As long as we do that CIT will be around for years to come,” says Chris. 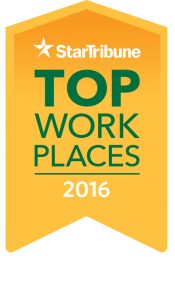 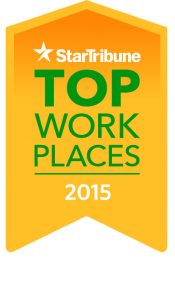 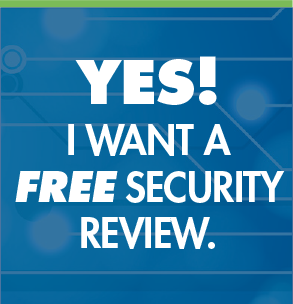